When I was an awkward 13-year-old girl who couldn't get a boy to call her, I found myself wishing I looked like an extra in a music video. I wanted to shed my glasses, braces, permed bob and baggy clothes for long hair, curves and leather. I dreamed of leaving the Academic Team to do cartwheels on a Jaguar like Tawny Kitaen. She exuded such confident and sex appeal! 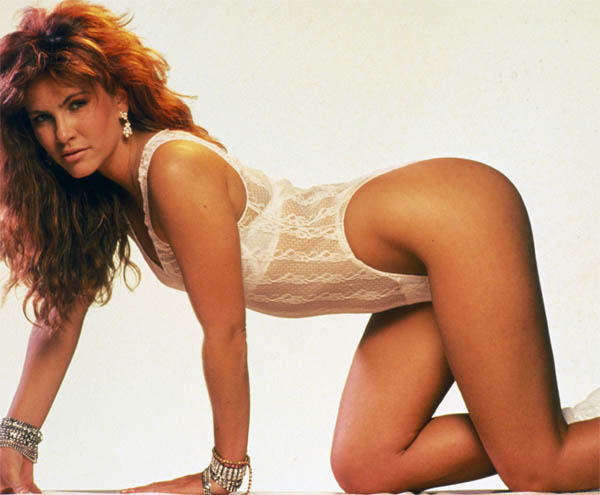 What message was I being sent by the media and music industry regarding standards of beauty? How much has changed 25 years later with respect to how the music industry sexualizes women and perpetuates gender stereotypes and double standards?

When I read the project proposal of one of my Sexuality and Social Media students, Joan Ronstadt, I smiled. There needs to be more people examining this issue. Joan's proposal is as follows:

“Eye Candy,” “Pop Tarts,” and a million other degrading and useless terms are thrown at musicians. Some say that it doesn’t matter how talented you are (whether you have talent or the lack there of) as long as you look the part. The “part” is usually some variation of “sexy.” Unless you are insanely talented to the point that no one cares what you look like (this is impossible), you will be judged not on dedication and performance ability but on how short your skirt is.

Both male and female musicians face this problem. I’ve lost count how many times I’ve heard young girls say, “he’s my favorite band member because he has the best abs!” What? How does that affect his ability to play guitar? Unfortunately, and not surprisingly, women have it a lot worse than men. Female musicians, or females entering the music business/world as a whole, are subjugated to unsolicited commentary about their sexuality. This unsolicited commentary comes in the form of experts*. Either they are admonished for being too sexual or not sexual enough. Not to mention women who are “extras” in videos (I’m referring not only to Hip-Hop videos, but to the infamous “White Snake” video). Why is it that women in music receive attention for their levels of sexuality and not talent (or lack there of)? This is what I plan to find out!

I’ll be looking up blogs about music, sexuality, women and any combination there of. I’ll also be researching if there is in fact any scholarly information about this subject. A lot of this will be opinion based, but seeing as I’m investigating why online communities feel the need to share their opinions about females in the music industry’s sexuality, I feel like it’s relevant. I’m also going to be scouring gossip sites. Not for their content, but comment sections (primary sources!). I’ll also be conducting at least one survey. I will also look at interviews by the women I’m referencing to and try to get some interviews of my own.

The main reason I’m doing this is because, well I’m a woman, and I am/want to be part of the music industry. Not as an artist (haha, yeah right) but as a journalist. I have my own music magazine (shameless plug) and thought it would be interesting to learn more about the world I’m getting myself into and why exactly it is that my gender tends to be over-sexualized and then berated for it by the media or online communities.

*By experts I mean, a group of people who have a higher sense of self, free time and access to a computer.

What are your thoughts about the double standards that exist in the music industry? Do you have a problem with how women are represented in certain videos and lyrics?