Thank you to all of you who texted, emailed, clicked “like” and commented in response to my relationship update post. Given the humbling outpouring of support, I wanted to provide some additional clarification as to how I’m doing and what’s next.

Yes. I grieved the end of my relationship with The Man long before our relationship ended. By the time I was ready to move on, I knew that was the right decision for me. The break up thus was empowering and reaffirming, not sad or confusing. It took me until my 40s to realize that the only person that I could change in any relationship is myself. And, I did.

For over six years, my blog has been a safe space for me to share my ups and downs and process my emotions.  If this break up was tough for me, I would have presented that honestly and without shame. 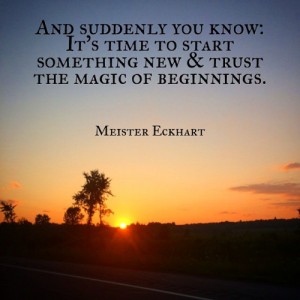 Isn’t it hard to be a single parent?

Yes, but isn’t it also difficult to be the default parent (the parent responsible for the overwhelming majority of matters involving the children)? Being on my own hasn’t made me any less exhausted, but I’m far less resentful.

In addition, I’ve always marched to the beat of my own drum, and I’ve never viewed marriage as the end goal of any relationship I’ve been in. For years, I had envisioned that I would raise a daughter as a single mother. The path toward that reality was just different from what I had initially planned.

Will I be blogging more about The Man and the end of our relationship?

No. Since we began dating, I’ve written very little about our relationship. I won’t change that approach now. I respect The Man’s privacy, and I don’t need to write about my past or present interactions with the father of my child on a public forum.

Will I be blogging about my current and future dating life?

Ha! And, no. Dating is so low on my list of priorities right now. (I commented to a friend recently that I need a night nanny and a personal assistant, not a man.) For all intents and purposes, I had stopped blogging about my dating life in late 2011. I’m glad I wrote about my old adventures, but I’ll leave it to another capable woman to share her perspective as a Single Mom in the City!

I wish that I could be as strong as you.

Staying in a relationship doesn’t make you weak, and leaving this relationship doesn’t make me strong. (I would be a hypocrite to say anything to the contrary, especially given my dating life in my 20s and 30s!) If you’re making the right choices for yourself, even if it’s just the right choice for this particular day, then you don’t need to justify that decision to anyone else. Whether you stay or whether you go, trust in your judgment and allow yourself to feel your feelings whatever they may be.