Three years ago, I wrote about my relationship with The Man and had introduced him to my close friends and family.

I met The Man at my end-of-treatment fundraising celebration, and our relationship was on the fast track soon thereafter. Just how fast?

He was my rock and my love. And, then, he wasn’t. Somewhere between the two points, our daughter, Roya, was born.

It might seem simplistic to condense a relationship of several years into three sentences, but it really is that simple. Trying to navigate whether The Man and I had a future together was complicated and emotion filled. Accepting that our relationship had run its course wasn’t.

For years, my blog was devoted to relationship drama and over-analyzing every minute detail. (Or, was that my life?!?) It was difficult for me to ever have a clean break with someone I loved. I was the Queen of On-Again, Off-Again Relationships!

By contrast, the end of this relationship was a clean break. Once I made the decision, there wasn’t the need to talk about it ad nauseam or seek others’ validation, as I had previously done. My mom always said, “Closure is a female notion. When a relationship is over, it just is. “ She was right.

A dear friend commented that since cancer, I’ve had zero tolerance for nonsense. (I think her exact words were, “You no longer put up with any bullshit.”) Roya has raised the bar even higher. I now know my worth and my purpose. I’m thankful that The Man loves Roya, and Roya loves him. But, that wasn’t and isn’t a reason for me to be in the wrong relationship.

My life and my priorities are far more focused now than they were before I was diagnosed and before I became a mom. I no longer define myself or gauge my worth based on my relationships with men. And, I won’t devote energy to anything – personally or professionally – that doesn’t make me happy and send the right message to Roya.

Three years ago, we were in love, and Roya was conceived. I needed to be in a relationship with The Man so that I could meet her, the love of my life. There is nothing complicated about that. 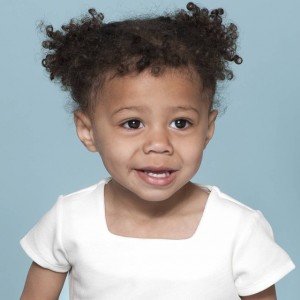