Many women complain about the side effects that they experience during pregnancy. For the majority of women who haven’t had to deal with major health issues before pregnancy, these side effects can be disconcerting at a minimum and debilitating at a maximum.

That thankfully hasn’t been my experience with pregnancy, though. I’m used to dealing with health issues on a daily basis so the changes haven’t fazed me. And, I have (knocking on wood) had a very good pregnancy. As the doctors expected, I’m healthier pregnant than not. What health issues I have to deal with in a given week are lighter versions of what I experienced pre-pregnancy and pre-cancer.

Well, all except for one side effect…

And, it’s an embarrassing problem to admit.

I’ve turned into a snorer! 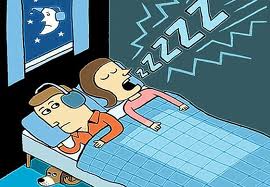 When I was told that I had been snoring, I was incredulous! I’ve never snored for more than a few minutes on a rare occasion throughout my life! (I didn't even snore when I had mild sleep apnea in the early 2000s!) I half jokingly asked for proof that I snore.

"I want to hear it for myself!"

Next time, I'll be careful what I wish for! The evidence – in the form of a short audio recording – was compiled. The recording was played for me. At first, the snoring was mild, but then it became loud. Really loud! Think of snoring full of vibrato!

I immediately started blushing and shaking my head in disbelief. I was really snoring, although I fervently wished it wasn't me!

The following day, I went online and learned that snoring during pregnancy is common. According to BabyCenter.com,

Why is that? Well, during pregnancy, there’s an increase of blood and estrogen in a woman’s body. Both can cause swelling in the mucus and nasal membranes. (That might explain why I’ve been congested since December!)

I don't snore every time I sleep, but it does occur at least once every few nights. I haven’t tried to elevate my head when I sleep to alleviate the problem so I’ll give that a shot.

I’m hoping that the snoring abates after I give birth. I’m also hoping that recording magically disappears!