March typically comes in like a lion and out like a lamb. For Roya, it seemed like the reverse. The beginning of the month found Roya meeting some of my dear friends. (Special shoutout to Auntie Sheila from making time for us during her trip from San Francisco!) We also had a baby date at Iron Gate, celebrated the wonderful Aba Kwawu‘s birthday at Malmaison, and enjoyed several lunches at Kellari, Peacock Cafe and Bourbon Steak. 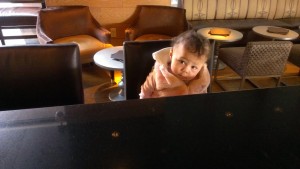 One milk, straight up! 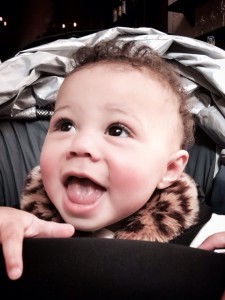 Roya celebrated several milestones in March. Her second tooth came in, and she began to hold herself up. We noticed that she required a lot more physical activity and stimulation. As such, Gymboree, music class and trips to the playground became part of our daily routine! 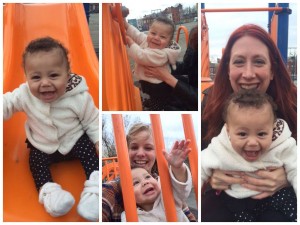 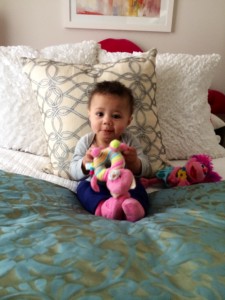 In late March, Roya…and the Man…and the nanny all contracted the norovirus. It broke my heart to see Roya in pain and not able to tolerate anything other than Pedialyte. (It didn’t help that I was the only one who felt well enough to take care of her. We were all exhausted that week!) 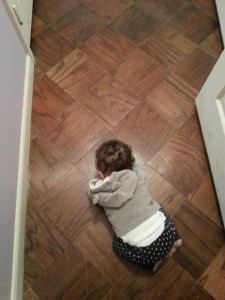 Roya was so weak that she fell asleep in the hallway in mid crawl!

On the last day in March, we said goodbye to Auntie LC as she left DC for a new job. Oh, how we miss her!

Thankfully, April brought more flowers than showers! I’ll do my best to catch you up on Roya’s adventures before her first birthday on May 31st. xoxo