Friend’s Question: Does the three-date rule still apply? I’m not sure whether or not I should have sex with Mr. New Guy after our third date.

I texted my friend with my brief, initial thoughts, but her question seemed worthy of a more thorough answer. There’s no definitive relationship guidebook or treatise on dating that everyone reads and follows. As such, these informal rules – such as waiting until you’ve gone out on three dates before engaging in sexual activity – receive more credence than they should. 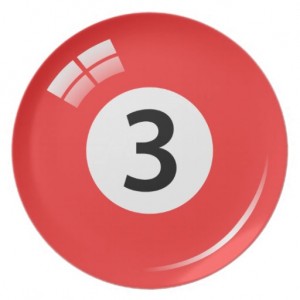 Most importantly, there is no right or wrong time to have sex. This is a personal and intimate choice to make. No rule and no other person, including the one with whom you’re considering having sex, should influence you to do anything that makes you uncomfortable.

There are other concerns with respect to the three-date rule:

The above list is merely for your consideration. When you have sex with a potential partner is a decision for you and you alone to make. Just do whatever feels right for you and appropriate for your relationship goals at this point in your life. xoxo

Did I miss anything, readers? What are your thoughts about the three-date rule? Have you ever ascribed to it?