Radiation therapy may be used during cancer treatment to shrink the tumor and kill the bad cells. In some cases (like mine), radiation has been shown to reduce the rate of the cancer returning or spreading.

When I went for my consultation with my radiation oncologist, I received a packet of information with guidelines. For seven weeks, I couldn't use my normal deodorant because it contains aluminum. (Thankfully, this doctor allowed me to use Tom's of Maine, but I heard that some oncologists ban even natural products.) I couldn't take any antioxident vitamins because they might interfere with the effectiveness of radiation. And, I couldn't wear normal bras because underwires and satin or microfiber might exacerbate the side effects from radiation. (Radiation can cause rashes, pain, redness and burns.) My large tatas were not meant to be smashed into a cotton sports bra for weeks on end, but I didn't have a choice.

Prior to surgery and treatment, my right breast was ever so slightly smaller than the left breast. The two cancerous areas were in the right breast so when the surgeon removed the bad cells, the right breast became even smaller. Then, I injured my right breast by having sex too soon without a bra after surgery. (In case you're wondering, that's not my fault! The doctors didn't say that would be a problem!) That caused an increase in swelling, bleeding and scar tissue.

The doctor also advised me to apply a homeopathic ointment, Calendula, to my right breast three times a day to decrease burns and irritation. The ointment is clear and doesn't have a strong odor, but it's not intended to be ingested.

“Umm…why would anyone be ingesting your anti-burn cream, City Girl?” you might be wondering.

Well, in my interactions with both Mr. Agency and Best Boy during the months of February and March, they both inevitably went for the right boob first during foreplay or sex. I didn't want to break the mood by saying:

No! You can't do that! I have anti-burn ointment on my radiated, formerly cancerous tit!

So, instead, I would shove my left tit in their face. I felt like a nursing mother! (Again, that's not sexy.) Lucky for me, the guys just wanted some titty play and were content with whichever boob was there. I continued to play the boob shoving game in the guys' faces until I was done using Calendula.

I'm happy to report that thanks to Sibley Hospital's use of prone position radiation (lying on my stomach instead of my back), I didn't get any burns or residual skin irritation. And, I no longer have to shove a boob in a guy's face. Or, rather, I'm no longer limited to only shoving one boob in his face ;). 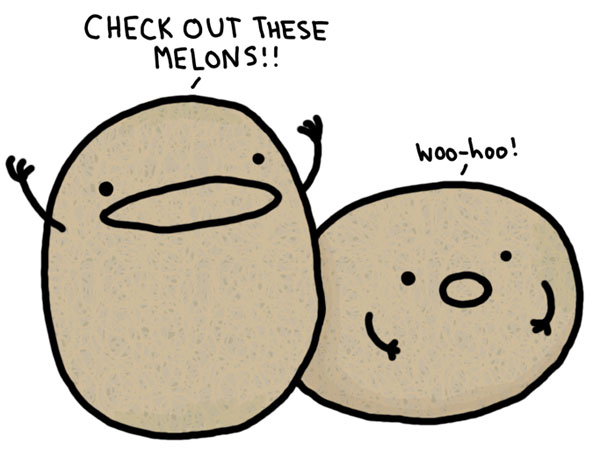 PS As I think about my partners over the years, all of them have gone for the right boob first. Has anyone else encountered or done the same thing?