Want to win one of Fun Factory's Stronic toys before the product is released to the public? Read on to find out more about the contest and the product. 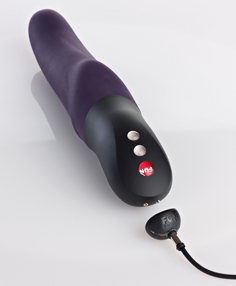 The Stronic is one of three waterproof, body-friendly pulsators that Fun Factory will be releasing in 2013. You can enter to win one of four Stronics by:

Disclaimer: In accordance with FTC Guidelines, no compensation was received for this post.