I see you with your head tilting to the side and your eyes expressing pity. I hear you with your well-intentioned “I’m so sorry” comments…your “I can’t imagine how tough this is for you” rhetoric…your “Don’t you want to get married so she can have a Dad?” questions. If I know you well enough, I’ll reply honestly and thoroughly. If I don’t, I keep it brief and extricate myself from the conversation. Not because I’m uncomfortable, but because I’m unsure if you are comfortable.

Some people value a certain type of family structure more than others. Some (or many?) people place more validity and carry positive associations with a two-parent household over a one-parent household. I find myself wondering why.

In 2015, I remember a lunch when I was out with several girlfriends and one person I didn’t know that well. We spent the first hour talking about how little their husbands did around the house and with their young children. When the person I didn’t know that well learned about my situation, she was incredulous at my relationship choices. I replied:

I just spent the last hour listening to you all vent about your husbands and giving advice for how to make things a little better. I don’t judge you for staying in your relationships. You all were partners before you were parents. So, don’t judge me for leaving someone who wasn’t in a position to parent. I wasn’t married so I didn’t feel obligated to stay with someone who couldn’t handle the responsibilities.

Five years later, I don’t regret my decision at all. I feel confident in how I parent and am thankful for my support system. I don’t see my home responsibilities as different or more difficult because I’m the only one. (As an only child, I think it’s actually easier since what I want and how I want things done are the way things are done.) Roya knows who is in charge and sees herself as having a large family of loved ones with me at the center. She knows that we are whole and complete as we are because that is how I’ve messaged my choices and our family.

I’ve found myself having to explain my thoughts a few times during this pandemic. There are lots of reasons why self-isolating with your family unit can be difficult. It shouldn’t be assumed that being a #100PercentParent makes it tougher, though. For some, it definitely is! But, for others like me, it isn’t.

So, here’s my friendly unsolicited advice… If you want to know how a single parent is doing or if and what they might need, ask them! Their answers might not be what you expect. Also think about why you view a certain family structure as better than another. Respect that your values work for you, but think about whether you are truly accepting of family units that don’t resemble your own. (You might even want to take Harvard University’s Implicit Bias test to explore your own unconscious biases even more.)

With respect to the larger societal issues, I think about what impacts families in different ways such as the gender pay gap, NCTE’s findings regarding the wage discrimination that many transgender and gender non-conforming individuals experience, and how factors such as race and ethnicity further exacerbate disparities. I also question why certain professions are valued financially more than others and who has access to healthcare, childcare, and family medical leave. And, I continue to unpack how the US criminal justice system and discriminatory policing and sentencing policies have impacted families and communities.

If you ask me what I need or ask Roya what she wants, none of our responses would have to do with changing our family unit. We are thankfully safe and well, and hope that you and your loved ones are, too. xoxo 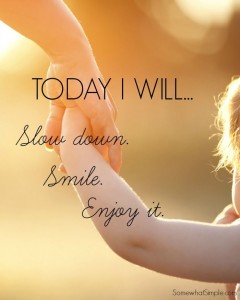